At the moment of writing this blog post all features scheduled for the release (also known as JEPs, standing for JDK Enhancements Proposal) are marked as “Completed” or “Delivered”, so it safe to say that we are in the final straight.

We will look into the new production-ready features and also take a glance at preview and incubating features, which of course shouldn’t really be used in production, but are a good indication of what is being cooked for future Java versions. Finally, we are looking at both Java language and API changes and also new features of the JDK and the runtime environment. Even though it is not the goal of this post to extensively delve into each one of the features, we do try to give you a clear understanding of what each one of them is about and how it can be beneficial to an application.

A long awaited feature of Java, a text block is essentially a multi-line string literal. It avoids the need for most escape sequences, automatically formats the string in a predictable way, and gives the developer control over the format when desired. This is a feature that was introduced as a preview feature in Java 13 and has finally made it to production so it can now be used in production grade applications.

As an example, in past Java versions if we needed to define a long native SQL query in a JPA repository, we would have to write something like this:

This is now made a lot simpler and cleaner by using a text block (or a “two-dimensional block of text”, if you will):

Hidden classes are classes that cannot be used directly by other classes but instead are intended for use by frameworks that generate classes at run time and use them indirectly, via reflection. A hidden class may be defined as a member of an access control nest, and may be unloaded independently of other classes.

Therefore a hidden class can be used by a framework to hide some of its implementation details. Other classes cannot link to it and cannot discover it through reflection either. Furthermore, it allows extending an access control nest with non-discoverable classes. Other goals of this feature include:

It’s worth noting that the JEP explicitly states that this feature is not intended to change the Java programming language in any way.

RMI Activation mechanism is deprecated and will be removed in the future. No other part of RMI will be deprecated.

RMI Activation is a part of RMI that has been optional since Java 8. Remote Object Activation is really an obsolete feature (introduced in Java 1.2) which allowed the developer to instantiate remote objects on demand using client requests and also allowed remote object references to persist across server crashes.

However, modern distributed systems have been based on web technology for at least the past decade. Concerns about traversing firewalls, filtering requests, authentication, and security have all been addressed in the web services space. Lazy instantiation of resources is handled by load balancers, orchestration, and containers. None of these mechanisms is present in the RMI Activation model for distributed systems. Furthermore there is evidence that very few applications nowadays use RMI activation at all, while it imposes a maintenance burden when it comes to keeping it as part of the Java platform. For all these reasons it’s unlikely that this feature will be missed.

This is the second preview of the feature that first made its appearance in Java 14. The instanceof operator is enhanced to reduce boilerplate code that is commonly present when using it. In a typical Java scenario we would write something like this:

This means that before writing any logic for our program we would need to do three things:

This amend in the instanceof operator allows us to achieve all three in a single statement, and go on to write the more meaningful logic of our application:

Sealed classes and interfaces restrict which other classes or interfaces may extend or implement them. This feature allows the author of a class or interface to control which code is responsible for implementing it and also provides a more declarative way than access modifiers to restrict the use of a superclass. It also supports future directions in pattern matching by underpinning the exhaustive analysis of patterns. This feature does not change the final keyword in any way.

A class is sealed by applying the sealed modifier to its declaration. Then, after any extends and implements clauses, the permits clause specifies the classes that are permitted to extend the sealed class. For example, the following declaration of Shape specifies three permitted subclasses:

This is another feature that was introduced in Java 14 and this is its second preview. Records are classes that should be used as transparent carriers for immutable data. The purpose of a record is to declare that a small group of variables is to be regarded as a new kind of entity. A record declares its state (the group of variables) and commits to an API that matches that state.

The declaration of a record specifies a name, a header, and a body. The header lists the components of the record, which are the variables that make up its state. The list of components is sometimes referred to as the state description. For example:

To make it clear how more concise a record is compared to using a “regular” class just for transmitting immutable data, here is how the implementation of a class would look like for the record of the previous example:

The Z Garbage Collector is now a production feature (JEP 377)

The Z “Scalable Low-Latency” Garbage Collector was introduced in Java 11 and was an experimental feature until Java 14. The ZGC is supported on Linux/x86_64, Linux/aarch64, Windows and MacOS and the main new features and improvements it bears are:

It is important to note that G1 remains the default GC.

Similarly to Z, Shenandoah was previously an experimental feature, introduced in JDK 12. Shenandoah is advertised as a “Low-Pause-Time” Garbage Collector which reduces GC pause times by performing more garbage collection work concurrently with the running Java program. It is also supported on all major platforms.

Shenandoah does the bulk of GC work concurrently, including the concurrent compaction, which means its pause times are no longer directly proportional to the size of the heap. Garbage collecting a 200 GB heap or a 2 GB heap should have the similar low pause behaviour.

The legacy implementations of the java.net.DatagramSocket and java.net.MulticastSocket APIs, used for UDP network communication will be replaced with more modern implementations that will also be easier to maintain. The legacy implementation dates back to JDK 1.0 in an era when IPv6 was still under development and apparently has grown very hard to maintain. It will continue being available by setting a new property jdk.net.usePlainDatagramSocketImpl to true (or no value) and will be marked as deprecated and eventually removed in a future version.

The Nashorn JavaScript script engine and APIs that were marked as deprecated since Java 11 will now be permanently removed.

The Nashorn JavaScript engine was introduced in JDK 8 as a complete implementation of the ECMAScript-262 5.1 standard in order to replace the Rhino scripting engine. With the rapid pace at which ECMAScript language constructs and APIs are adapted and modified,  Nashorn has become very challenging to maintain. There has also been little interest from developers to maintain Nashorn beyond JDK 14.

This is another “clean up” development, aiming to remove a legacy feature that no longer seems relevant in modern applications and also adds a burden “to making significant design changes within the synchronization subsystem”.

Biased locking is an optimisation technique used in the HotSpot Virtual Machine which attempts to avoid executing a compare-and-swap atomic operation when acquiring a monitor by assuming that the monitor remains owned by a given thread until a different thread tries to acquire it. The reason this is being removed is that apparently only legacy applications relying on the old Java Collections like Hashtable and Vector benefit from this optimisation, since these collections synchronise on every access. The removal is also a hint to developers to update their legacy applications and use more modern structures.

Removal of the Solaris and SPARC ports (JEP 381)

The source code and build support for the Solaris/SPARC, Solaris/x64, and Linux/SPARC ports have been removed. These ports were deprecated for removal in JDK 14.

The Foreign-Memory Access API was firstly introduced in Java 14 in late 2019 as an incubating API and in this second iteration it remains at the incubator stage. It is meant to be a safe, supported and efficient API that allows Java programs to safely and efficiently access memory outside of the Java heap.

The Foreign-Memory Access API is provided as an incubator module named jdk.incubator.foreign, in a package of the same name; it introduces three main abstractions: MemorySegment, MemoryAddress, and MemoryLayout:

So this is what's new (and what's being removed) in the forthcoming Java 15. It will be interesting to see how many of the preview or incubation features will make it to production in the future but it’s certainly interesting to see Java keeping up with times and trying to address issues that have been annoying or at least puzzling developers in the past.

Here at CIVIC we have been using Java for almost two decades and have delivered a significant number of enterprise projects in the meantime, offering both development and hosting services. We always welcome new challenges so take a look at our web design and development services to see where we can help.

Get in touch about your Java projects 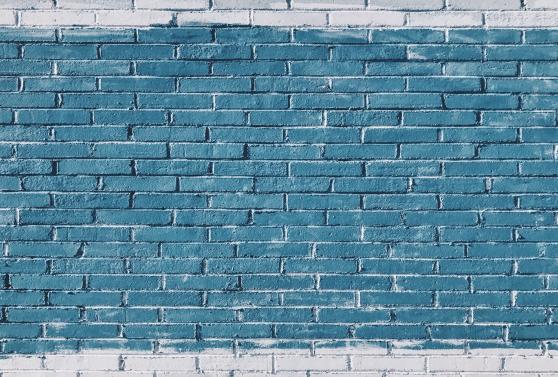